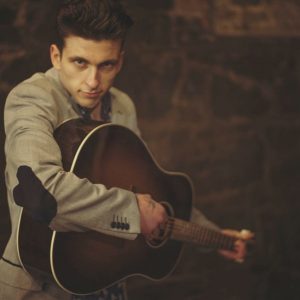 Jordan Mogey is a young singer/songwriter who hails from the beautiful North Antrim coastline in Northern Ireland.

He’s been making waves on the music scene both in Ireland and abroad he’s certainly a name to watch out for!

Jordan says his musical influences include Johnny Cash, Hank Williams Snr, Vern Gosdin as well as the likes of Gordon Lightfoot, & John Prine. His often “nostalgic” songwriting is matched only by his deep rich baritone voice.
Luke The Drifter

Never Mine To Lose